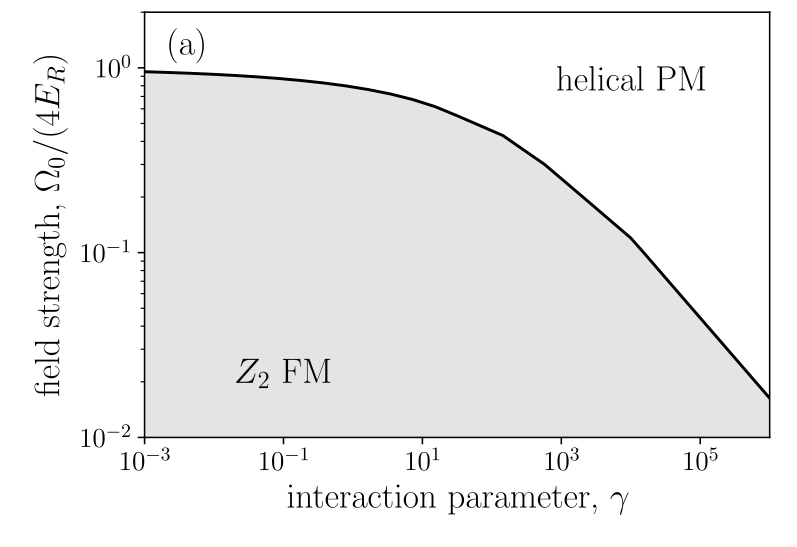 In the presence of strong spin-independent interactions and spin-orbit coupling, we show that the spinor Bose liquid confined to one spatial dimension undergoes an interaction- or density-tuned quantum phase transition similar to one theoretically proposed for itinerant magnetic solid-state systems. The order parameter describes broken Z2 inversion symmetry, with the ordered phase accompanied by non-vanishing momentum which is generated by fluctuations of an emergent dynamical gauge field at the phase transition. This quantum phase transition has dynamical critical exponent z ≃ 2, typical of a Lifshitz transition, but is described by a nontrivial interacting fixed point. From direct numerical simulation of the microscopic model, we extract previously unknown critical exponents for this fixed point. Our model describes a realistic situation of 1D ultracold atoms with Raman-induced spin-orbit coupling, establishing this system as a platform for studying exotic critical behavior of the Hertz-Millis type.