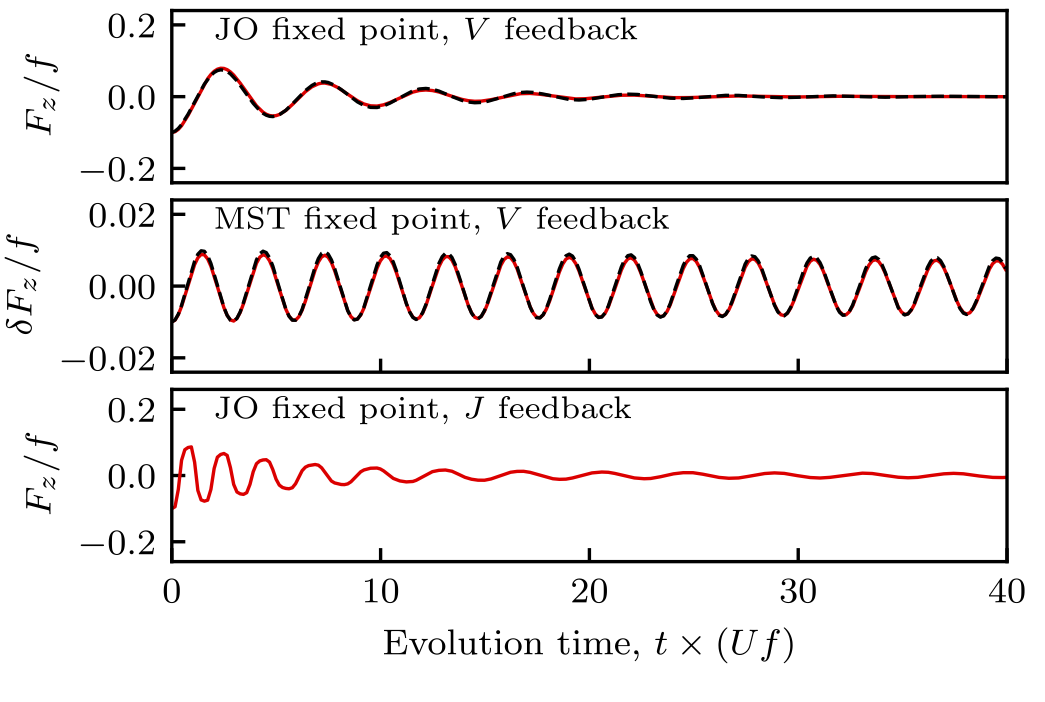 Quantum states can acquire a geometric phase called the Berry phase after adiabatically traversing a closed loop, which depends on the path not the rate of motion. The Berry phase is analogous to the Aharonov–Bohm phase The implementation of a combination of continuous weak measurement and classical feedback provides a powerful tool for controlling the evolution of quantum systems. In this paper, we investigate the potential of this approach from three perspectives. First, we consider a double-well system in the classical large-atom-number limit, deriving the exact equations of motion in the presence of feedback. Second, we consider the same system in the limit of small atom number, revealing the effect that quantum fluctuations have on the feedback scheme. Finally, we explore the behavior of modest-sized Hubbard chains using exact numerics, demonstrating the near-deterministic preparation of number states, a tradeoff between local and nonlocal feedback for state preparation, and evidence of a feedback-driven symmetry-breaking phase transition.