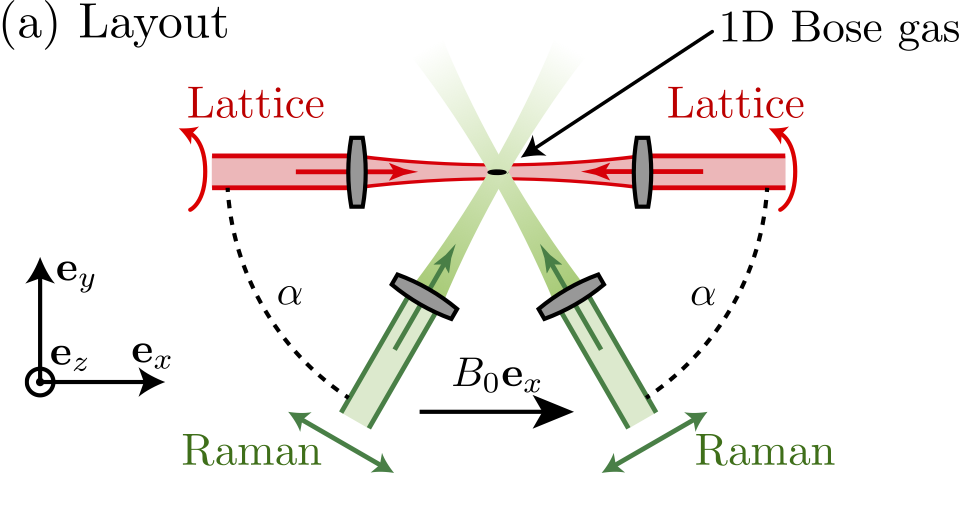 We propose a cold-atom realization of a zigzag ladder. The two legs of the ladder correspond to a “synthetic” dimension given by two internal (spin) states of the atoms, so that tunneling between them can be realized as a laser-assisted process. The zigzag geometry is achieved by employing a spin-dependent optical lattice with the site position depending on the internal atomic state, i.e., on the ladder’s leg. The lattice offers a possibility to tune the single-particle dispersion from a double-well to a single-minimum configuration. In contrast to previously considered semisynthetic lattices with a square geometry, the tunneling in the synthetic dimension is accompanied by spatial displacements of atoms. Therefore, the atom-atom interactions are nonlocal and act along the diagonal (semisynthetic) direction. We investigate the ground-state properties of the system for the case of strongly interacting bosons. In particular, we find that the interplay between the frustration induced by the magnetic field and the interactions gives rise to an interesting gapped phase at fractional filling factors corresponding to one particle per magnetic unit cell.