Gauge matters: observing the vortex-nucleation transition in a Bose condensate 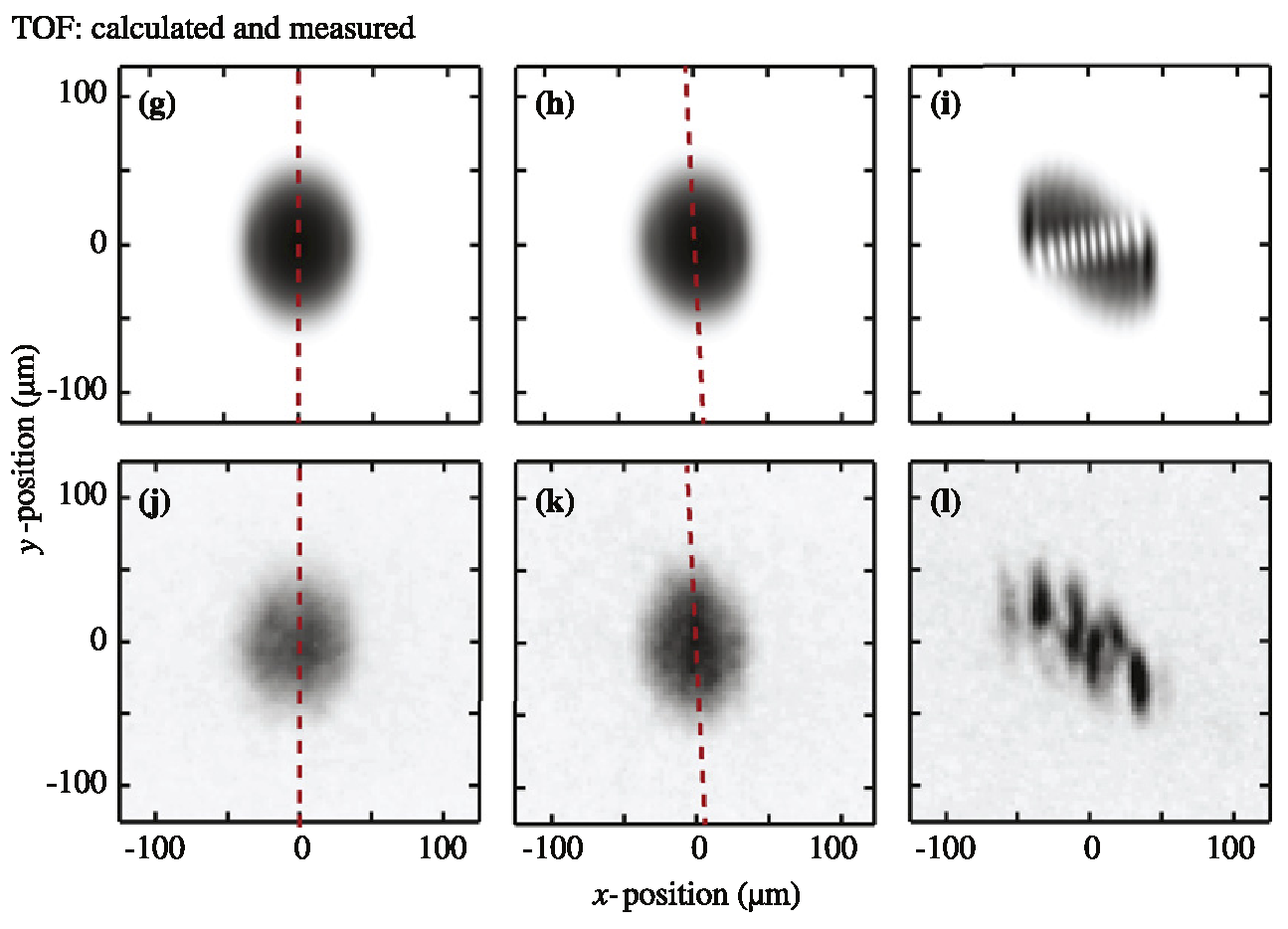 The order parameter of a quantum-coherent many-body system can include a phase degree of freedom, which, in the presence of an electromagnetic field, depends on the choice of gauge. Because of the relationship between the phase gradient and the velocity, time-of-flight measurements reveal this gradient. Here, we describe such measurements of initially trapped Bose–Einstein condensates (BECs) subject to an artificial magnetic field. Vortices nucleated in the BEC for artificial field strengths above a critical value, which represented a structural phase transition. By comparing to superfluid-hydrodynamic and Gross–Pitaevskii calculations, we confirmed that the transition from the vortex-free state gives rise to a shear in the released BEC’s spatial distribution, representing a macroscopic method to measure this transition, distinct from direct imaging of vortex entry. Shear is also affected by an artificial electric field accompanying the artificial magnetic field turn-off, which depends on the details of the physical mechanism creating the artificial fields, and implies a most natural choice of gauge. Measurements of this kind offer opportunities for studying phase in less-well-understood quantum gas systems.