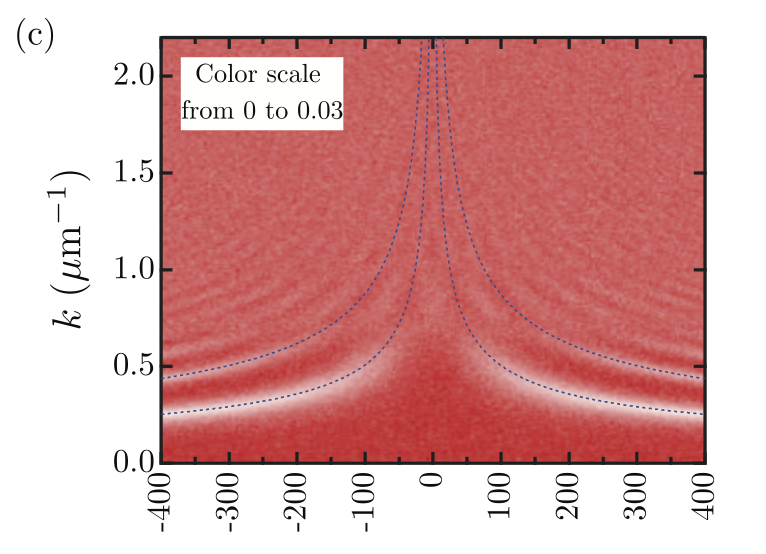 Resonant absorption imaging is a common technique for detecting the two-dimensional column density of ultracold atom systems. In many cases, the system’s thickness along the imaging direction greatly exceeds the imaging system’s depth of field, making the identification of the optimally focused configuration difficult. Here we describe a systematic technique for bringing Bose-Einstein condensates (BEC) and other cold-atom systems into an optimal focus even when the ratio of the thickness to the depth of field is large: a factor of 8 in this demonstration with a BEC. This technique relies on defocus-induced artifacts in the Fourier-transformed density-density correlation function (the power spectral density, PSD). The spatial frequency at which these artifacts first appear in the PSD is maximized on focus; the focusing process therefore both identifies and maximizes the range of spatial frequencies over which the PSD is uncontaminated by finite-thickness effects.

Never content to just publish a paper we celebrated Andika’s first first-author paper in the team with a night out at “Busboys and Poets.”  Most of the RbK, RbChip and of course RbLi teams were present!