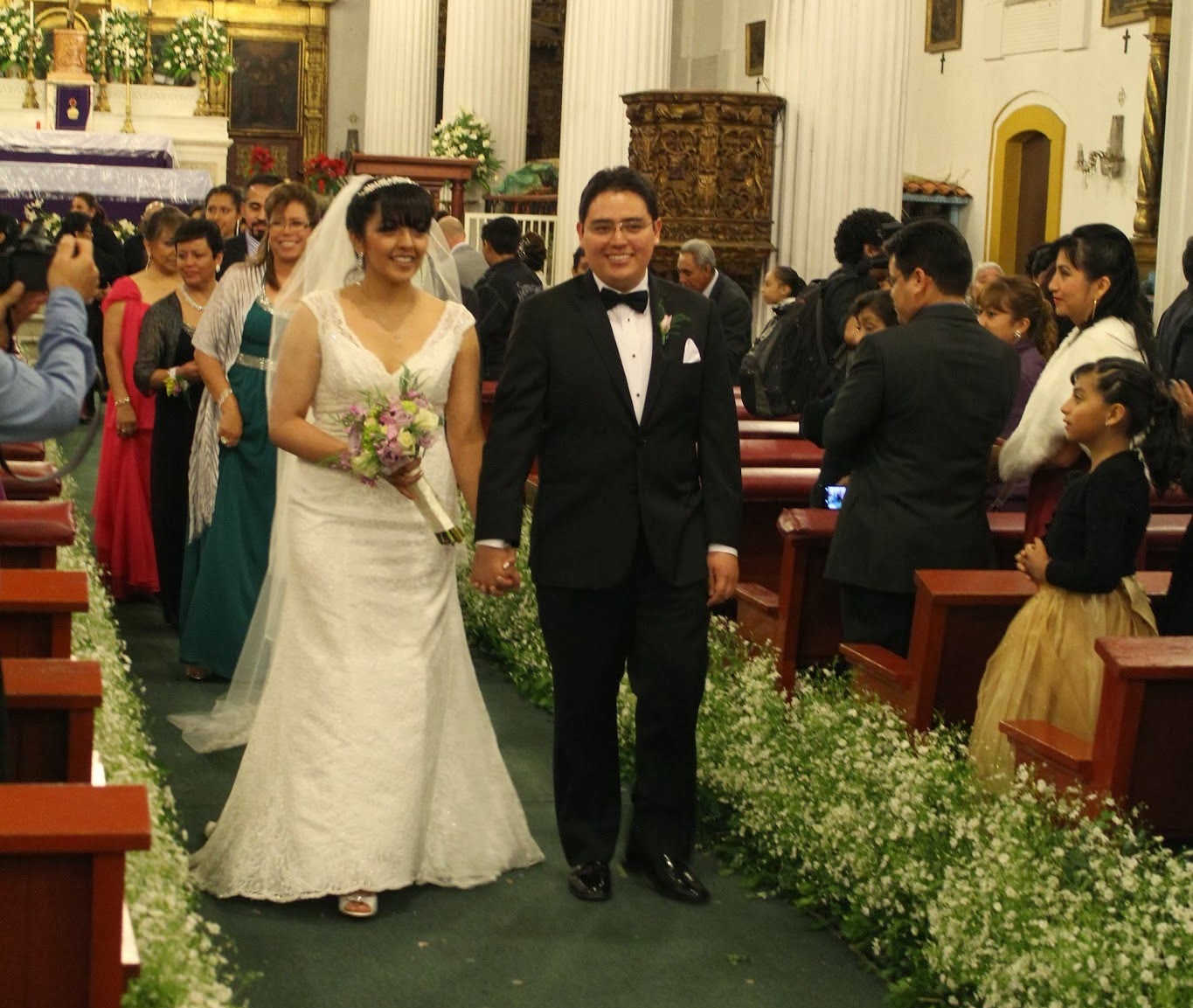 Much of the old RbII team traveled to San Crístobal de las Casas, Mexico to attend the wedding of Karina (the happy one on the left) and Neil (the lucky one on the right), formerly of the RbII team (Karina) and of Paul Lett’s non-linear optics team (Neil).

It was a glorious wedding in a large central Catholic church, and Neil and Karina’s wedding was part of the Friday evening Mass.  The reception too place shortly afterwards and featured: dancing, dinner at midnight and more dancing.

Pictured is much of the Rubidium-II team from when Karina was part of the group (from left to right): Lindsay LeBlanc (now at the University of Alberta, Edmonton), Ian Spielman (still at NIST/JQI), Ross Williams (now at NPL, Teddington, London), and Jeremy Clark (a just-graduated member of Paul Lett’s non-linear optics team — the lab in which Neil worked —  who is just leaving for a postdoc with Ray Simmonds at NIST Boulder).  Karina is currently a postdoc with Cheng Chin (University of Chicago), and Neil is currently postdoc’ing at Northwestern University so it was great to be reunited!