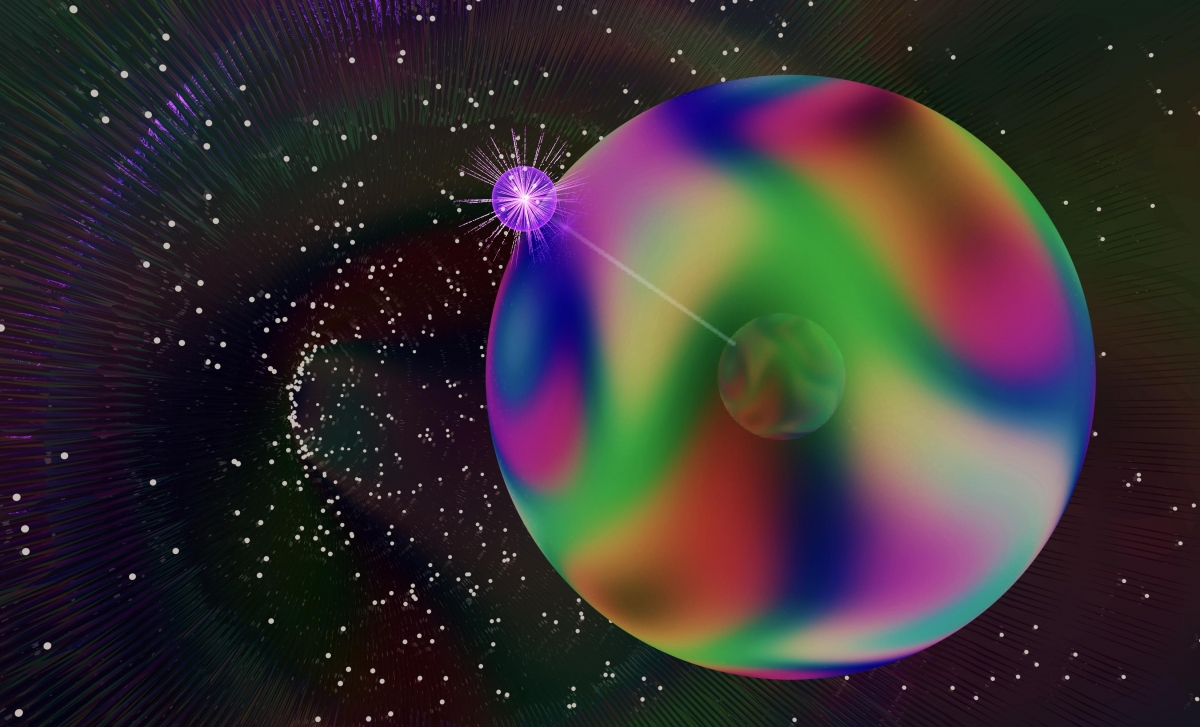 Topological order is often quantified in terms of Chern numbers, each of which classifies a topological singularity. Here, inspired by concepts from high-energy physics, we use quantum simulation based on the spin degrees of freedom of atomic Bose-Einstein condensates to characterize a singularity present in five-dimensional non-Abelian gauge theories—a Yang monopole. We quantify the monopole in terms of Chern numbers measured on enclosing manifolds: Whereas the well-known first Chern number vanishes, the second Chern number does not. By displacing the manifold, we induce and observe a topological transition, where the topology of the manifold changes to a trivial state.