Three-dimensional spin–orbit coupling in a trap 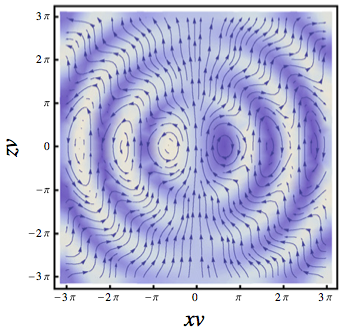 We investigate the properties of an atom under the influence of a synthetic three-dimensional spin–orbit coupling (Weyl coupling) in the presence of a harmonic trap. The conservation of total angular momentum provides a numerically efficient scheme for finding the spectrum and eigenfunctions of the system. We show that at large spin–orbit coupling the system undergoes dimensional reduction from three to one dimension at low energies, and the spectrum is approximately Landau level-like. At high energies, the spectrum is approximately given by the three-dimensional isotropic harmonic oscillator. We explore the properties of the ground state in both position and momentum space. We find the ground state has spin textures with oscillations set by the spin–orbit length scale.